Warm greetings and the buzz of conversation filled the air as the gathering of conference participants grew. The inaugural CSNTM Text & Manuscript Conference began on Wednesday evening, May 18th, with a lively welcome reception. The greetings of long-parted colleagues previewed the spirit of the conference that would characterize the next two days.

The theme, “Pen, Print, and Pixels,” captured the range of tools that New Testament manuscript scholars and textual critics use in their work, but also represents the different means of preserving and interacting with New Testament manuscripts through history. Plenary speakers Hugh Houghton, Dirk Jongkind, Jan Krans, Holger Strutwolf, and Kathleen Maxwell presented on topics that span this range. 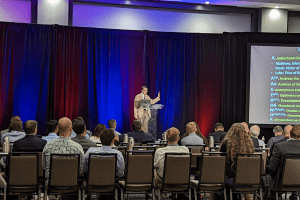 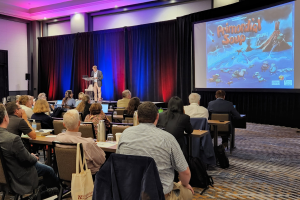 Prof. Houghton began the conference with a presentation on catenae manuscripts—a special kind of Greek New Testament that contains sections of  commentary from multiple sources integrated with the NT text in different ways. He pointed out how their unique form played a role in the transmission of the NT text. Dr. Jongkind investigated the study of “singular readings” as indicators of scribal habits. He offered a more sure-footed way to determine scribal habits than just singular readings. Prof. Krans explored the legitimacy of conjectural emendations, which are readings found in not one, but zero Greek New Testament  manuscripts. Rather, these are variants that scholars imagine to have existed but for which we do not have any extant manuscript evidence. 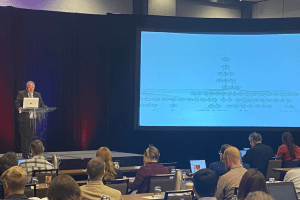 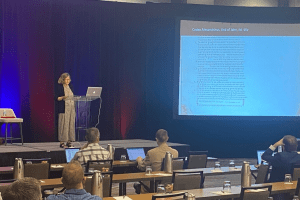 On the following day, Prof. Dr. Strutwolf presented on the Editio Critica Maior of the Gospel of Mark and especially its use and incorporation of digital tools. The final plenary speaker Dr. Maxwell traced the development of decorative elements in Greek New Testament manuscripts through the centuries, which may be helpful in dating these documents and seeing how communities valued these documents.

Breakout speakers focused on a variety of topics from dating manuscripts with computer software and the ethics of using and sharing digital work to textual decisions made in early English translations and print Bibles to the influence of other circulating manuscripts or commentary on variants that arise in the NT manuscripts. The engaging sessions drew interest such that we heard a common “complaint” that both could not be attended simultaneously. 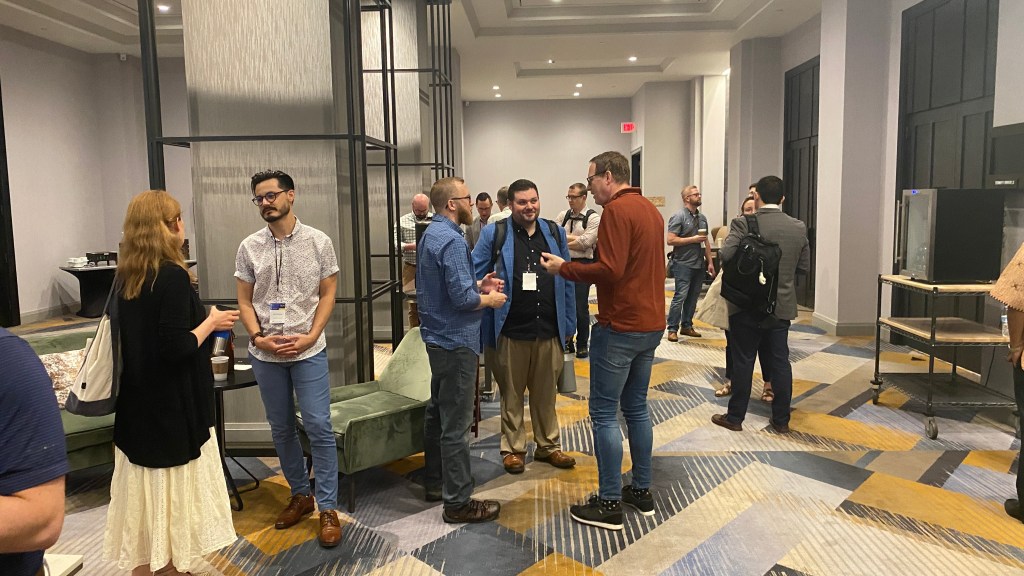 Many presenters and attendees met with one another for the first time since 2019 to share and discuss their scholarly work with New Testament manuscripts. The event was truly an international affair, with many presenters and even attendees flying from overseas to be at this meeting. The conference became a reunion for many and introduction for others with several opportunities to discuss ideas further or catch up on various topics. We look forward to scholarly work and collaboration that emerges from the gathering of academics at Text & Manuscript 2022.

We have an agreement with Hendrickson Publishing Group to publish a volume based on the conference content, including the five plenary presentations and a selection of the breakout sessions. We look forward to sharing more about the book and other content captured during the conference as we work out the details with Hendrickson and the presenters.

The inaugural biennial CSNTM Text & Manuscript Conference succeeded in promoting quality scholarship and work on the New Testament texts and the manuscripts that hold them. We have many people to thank, beginning with the amazing presenters, whose papers received praise all around. We also owe a great deal of gratitude to Hendrickson Publishing Group for sponsoring the event. Finally, but not the least, we thank our team of supporters. Your investment in CSNTM enhances the study and understanding of the artifacts we work so hard to preserve. We look forward to more opportunities to collaborate with other scholars and institutions as we plan for the 2024 meeting. 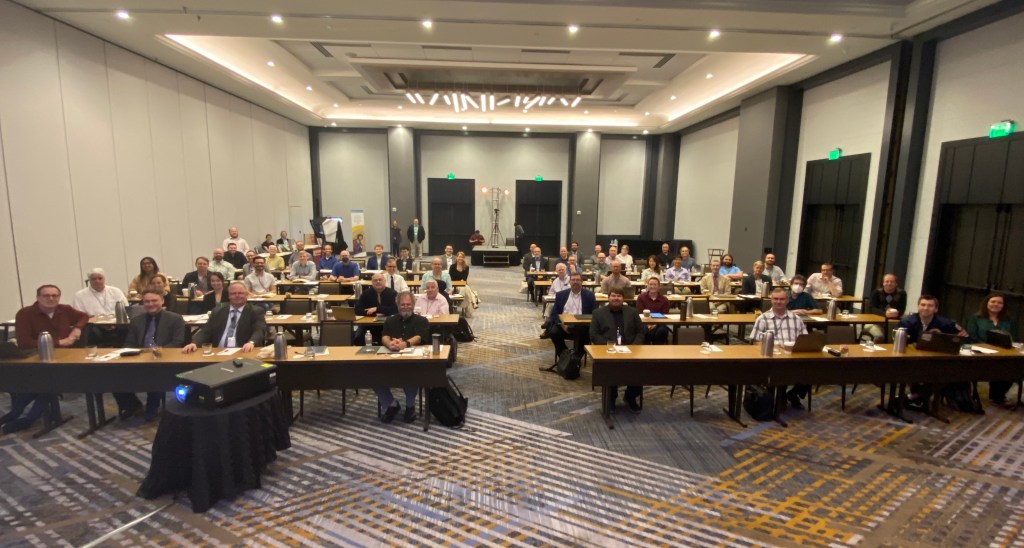