Welcome to the Colophon!

In this space on CSNTM.org, we hope to connect with more of you. Even more, we hope to provide a bridge that helps our website users connect to the long tradition of preserving the text of the New Testament.

Some visitors to our website hop right over to the digital collection to engage manuscript images for scholarly work. Many others passionately join the efforts to preserve the words of the apostles but work on something other than a dissertation or the next critical edition when scrolling through the digital collection. We recognize that our community stretches beyond the specialists.

On the Colophon, you will find specially crafted content to equip our non-specialist and interested audience to better understand the study and digitization of New Testament manuscripts. We hope that Colophon blog posts help our broader community connect further with the long-standing tradition of preserving the text and manuscripts of the New Testament.

What is a Colophon?

Simply put, a colophon is a scribal note at the end of a manuscript containing details about its production. The feature spans beyond the copies of the Greek New Testament, being found in many types of manuscripts and even printed texts.  Such notes have, understandably, provided helpful context for readers or researchers engaging with manuscripts after production time.

In Greek New Testament manuscripts colophons provide help for confident dating, reveal the motivations for and details of how the manuscript was produced, and even identify the document’s scribe.

A colophon in GA 545 provides concrete details that increase what we can learn from the manuscript. The scribe of this 15th century Gospels minuscule reveals his own identity, the manuscript’s commissioner, and the date of production. 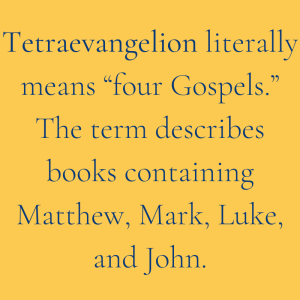 “This divine and sacred tetraevangelion was completed through collaboration and because of desire and expense of the noble and honored man, kyr Nikolaos of Lardea. [This book] was copied by me, [most] worthless and flawed among all good people, a villager, scribe Theodoros Kotzas from the region of Tethoni. [The book] was finished in the year 6938 from the Creation of the World, in the eighth indiction; from the year of the Incarnation [of Christ], [in the year] 1430” (Translation by Kavrus-Hoffmann in “A Catalogue of the Greek Manuscripts at the University of Michigan, Vol. 1,” 82).

Thanks to Theodoros’s note, researchers can confidently place this document in the 15th century. Even more, it provides a helpful comparison to similar manuscripts that don’t explicitly provide a date. As GA 545 demonstrates, colophons provide details that enhance our understanding of Greek New Testament manuscripts. 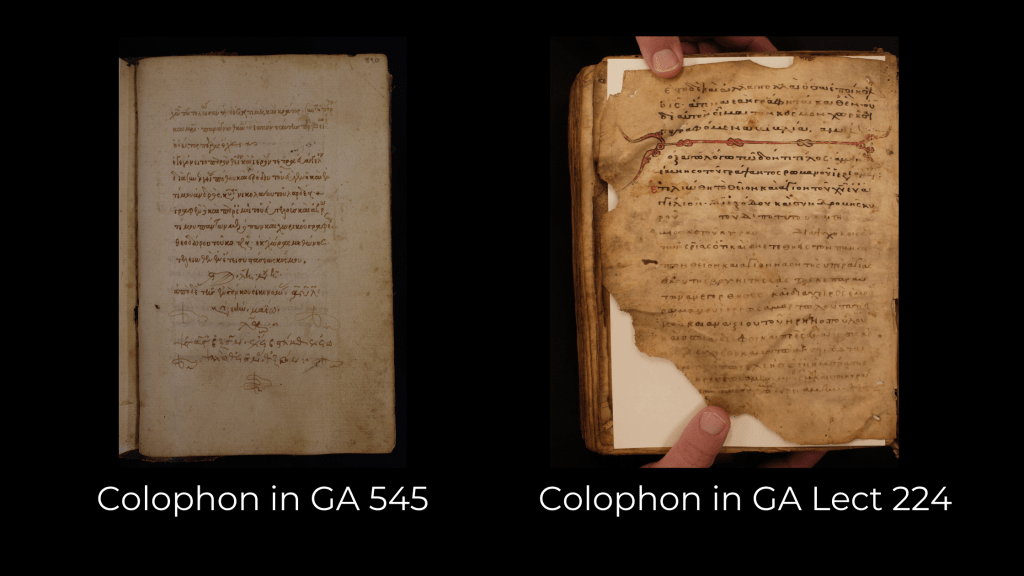 Like Theodoros, many scribes demonstrated a reverential disposition for their work in colophons. In lectionary 224 the scribe Romonos calls himself a “sinful priest” and “worthless and humble” (Kavrus-Hoffmann, 85). He asks for prayer for himself and his wife to be granted mercy. Beyond forsaking any pretention in reference to himself, he credits and praises “the Word, which allowed [him] to finish” (Kavrus-Hoffmann, 85). The two scribes demonstrate a humble tone present in many other colophons, indicating that those who copied New Testament text held their work in high regard. 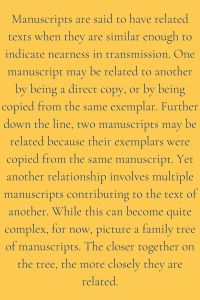 While the echoing tone explains the demeanor of scribes who copied New Testament text, repeated phrases can indicate relationships between documents or emphasize a point about their production.

For example, a phrase referred to as the “Jerusalem colophon” appears in thirty-seven Greek New Testament manuscripts (Wasserman, “Greek New Testament Manuscripts in Sweden with an Excursus on the Jerusalem Colophon” (2010), 88). The repeated phrase differs slightly from instance to instance, but always indicates that the present document was copied and corrected from ancient exemplars that came from Jerusalem.

Scholars find that some of the manuscripts containing the Jerusalem colophon are related textually. In many cases, however, the phrase was copied independently of the text. Wasserman concludes that the phrase was used to “emphasize that the [manuscript] had been copied from and compared with the best and most ancient [manuscripts], which according to this tradition, were from Jerusalem” (91).

Scholars continue to interact with the Jerusalem colophon and interpret its presence in so many manuscripts. Regardless, the repetition of the phrase flags a connectedness among the manuscripts in at least their knowledge of the phrase and its use to indicate the quality of the work.

Colophons inform us of contextual details, motivate our approach to the highly regarded words, and provide glimpses into the copying process. In a broader sense, it is a personal note from someone who played a significant role in preserving the words of the New Testament for their own generation and for generations to come. They did this using the technology of their time: pen and papyrus, parchment, or paper. Today—together—we are carrying out the same tradition using modern digital technology.

You are part of this tradition! As such, we—together—are part of a growing community devoted to preserving, protecting, and advancing these precious words. We are a colophon community.

“The hand that wrote this is rotting in the grave, but the words that are written will last until the fullness of times.”

The Colophon on CSNTM.org in effect and motivation functions like a colophon in a manuscript. Practically, the posts will provide helpful context for readers who are removed from the original work by time and specialized knowledge.

We will continue to share the latest additions to the digital manuscript collection, expedition updates, and other CSNTM news. Each addition to the Colophon aims to invite our audience into the work of CSNTM and the importance of studying Greek New Testament manuscripts.

Beyond the pragmatic effects of the Colophon, we recognize, like the scribes who concluded their works with notes, the great and enduring words contained in Greek New Testament manuscripts. Dr. Wallace shares a colophon from a manuscript the CSNTM team photographed at the National Library of Greece: “The hand that wrote this is rotting in the grave, but the words that are written will last until the fullness of times.”

The scribe’s statement stands as we engage with the very manuscript he worked on; a copy of another manuscript brought to him by centuries of scribes passing on those long-lasting words of the New Testament. We take part in a timeless tradition as we engage with and pass on words that will outlive us, as they have for generations. Welcome to the Colophon—connect with the past and present work of preserving the New Testament manuscripts.