New manuscripts digitized by the Center for the Study of New Testament Manuscripts (CSNTM) have just been added to our searchable collection. These include 10 newly-discovered manuscripts from the National Library of Greece (NLG) in Athens, the site of our ongoing digitization project for 2015–16. Dr. Daniel B. Wallace made the discoveries during his preparation of each manuscript for digitization. They are listed according to their NLG shelf number, as they have not yet been assigned a Gregory-Aland number. They cannot be confirmed as new discoveries without further investigation (i.e. they could be missing sections from extant New Testament manuscripts). The contents of these discoveries were recently presented at an annual scholarly meeting by CSNTM’s Research Manager, Robert D. Marcello. 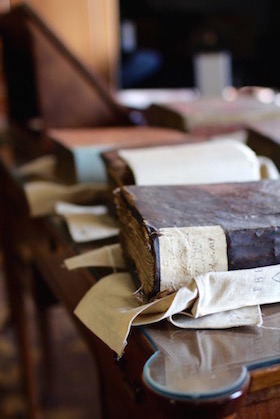 We have also added images for 9 manuscripts that are now in our digital library. Many of these are older images from microfilm. However, we want to make sure to make as many available as possible, even if high-resolution digital images are not currently available.

These images have now been added to our growing searchable collection, which gives everyone free access to the best available digital images of New Testament manuscripts.